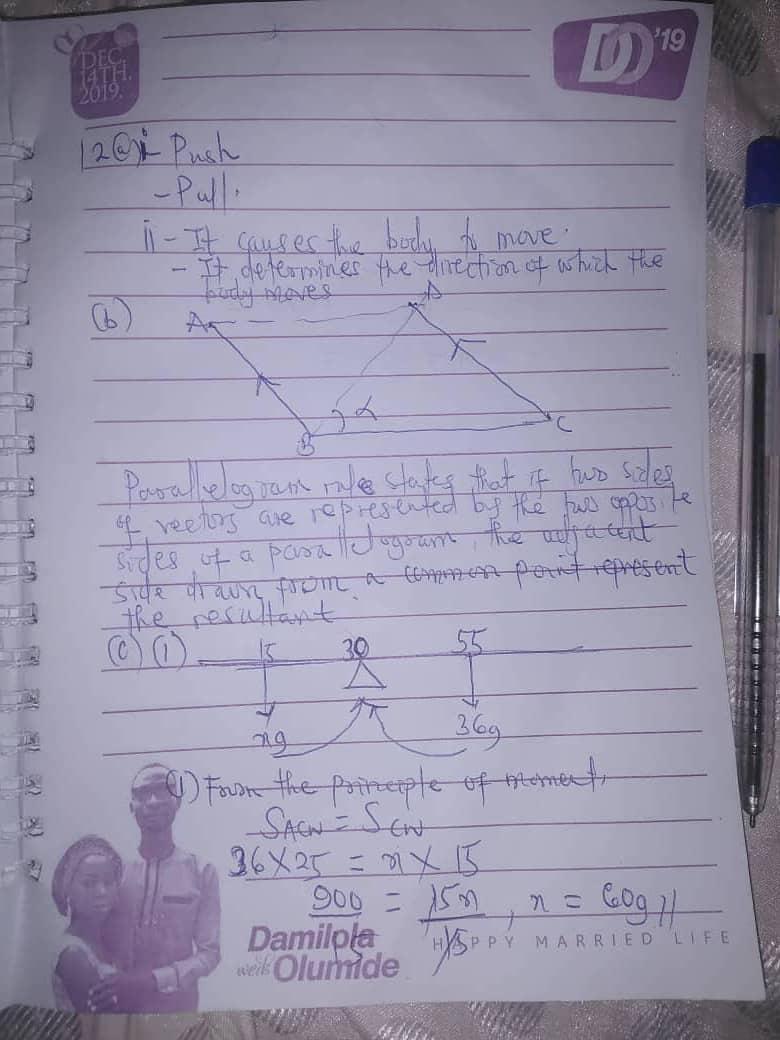 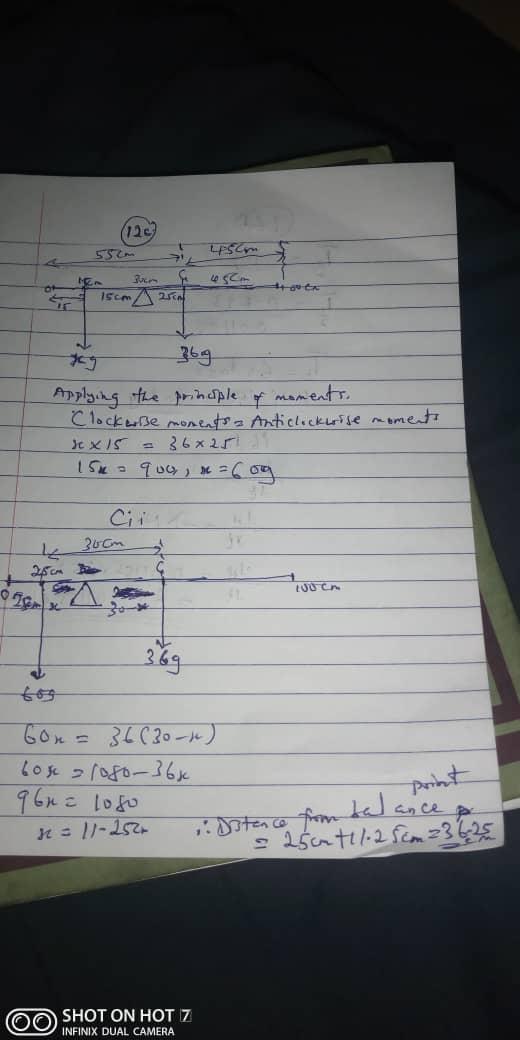 (13aii)
(pick 2)
(i)Both the processes, water vapour sis given off from the liquid
(ii)Both are dependent on the vapour pressure
(iii)At the end of both processes, they result in the change of state from liquid to vapour

(15b)
(Diagram And Explanation Below) 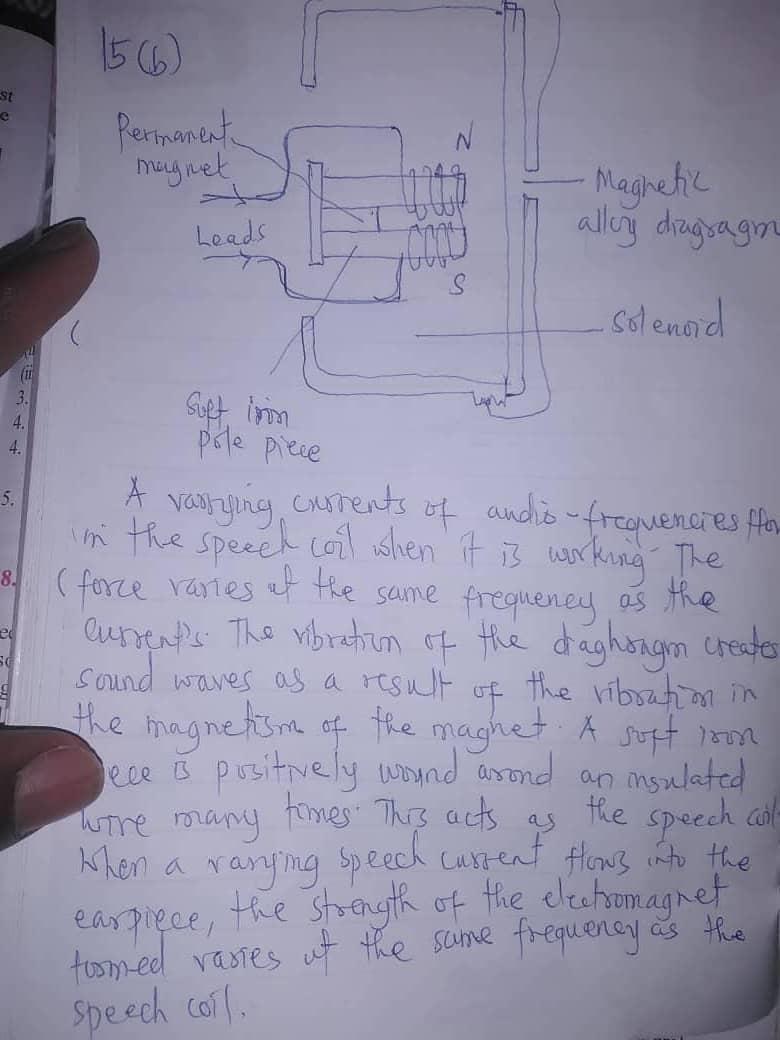 (16a)
Based on the structure of solids, crystalline structure are those which are arranged in a repeated pattern or lattice eg Nacl while that of Amorphous is that which the atoms of the matter is scattered and have no order of arrangements eg plastic

(16c)
The more the density, the greater the viscosity, cold liquid are said to be more densed than that of hotter liquids due to that they have more viscosity. A palm oil is a typical example

(1b)
Diagram (step up transformer) 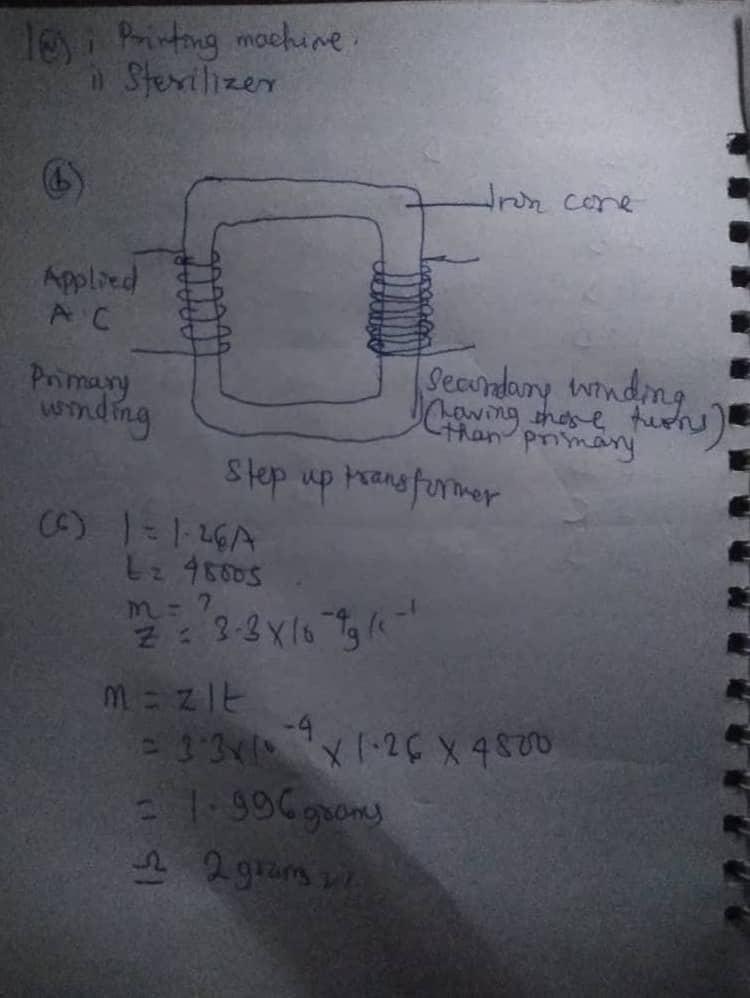 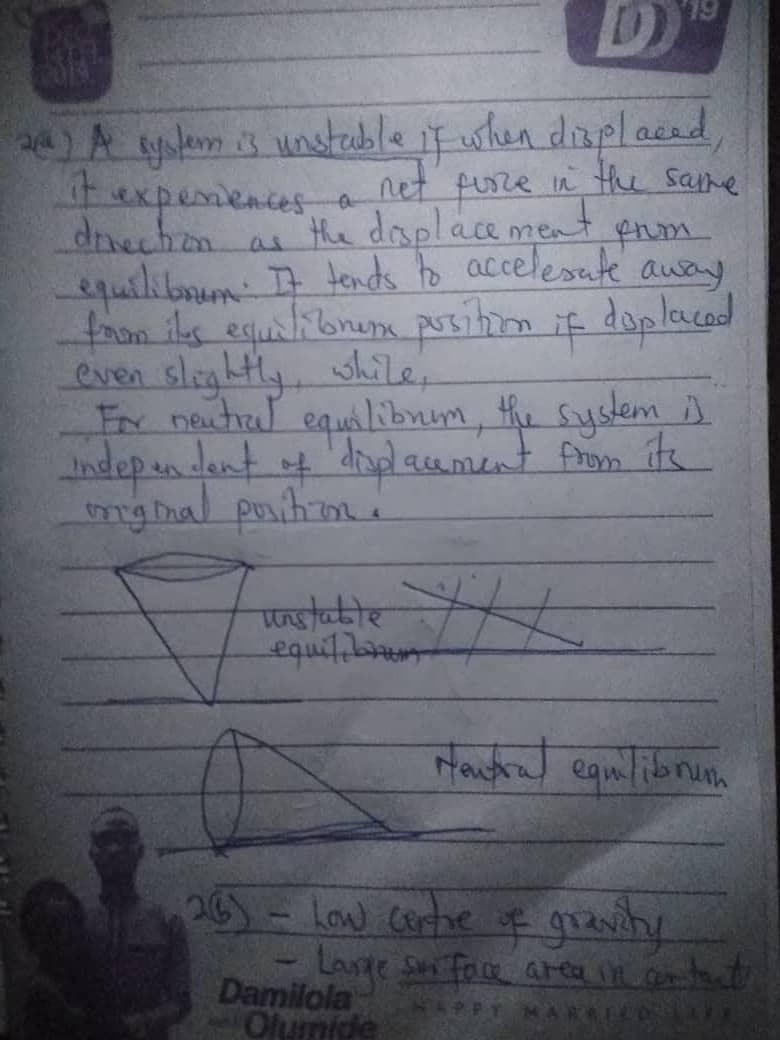 (3a)
Velocity is defined as the rate of change in the displacement of a body it is a vector quantity with the S.I unit of ms-¹ 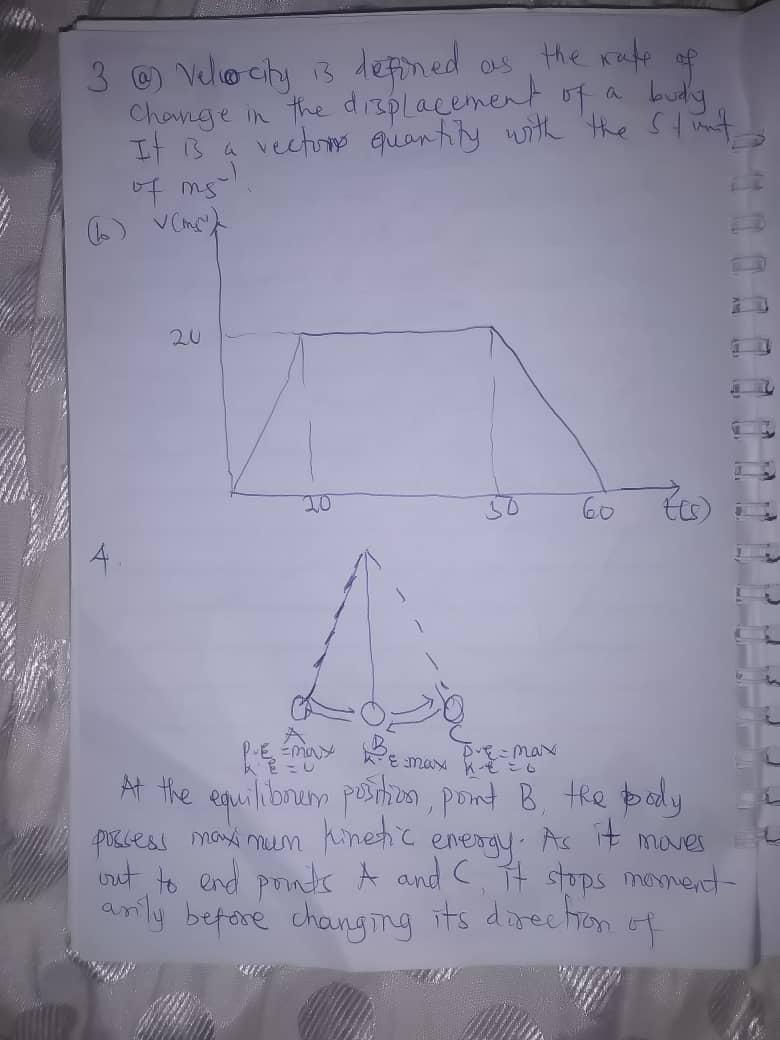 (4)
At equilibrium position Point B, the body possess maxim kinetic energy. As it moves out to end point A and C. It stops momentarily before changing its direction.

(5a)
They are both derived quantities 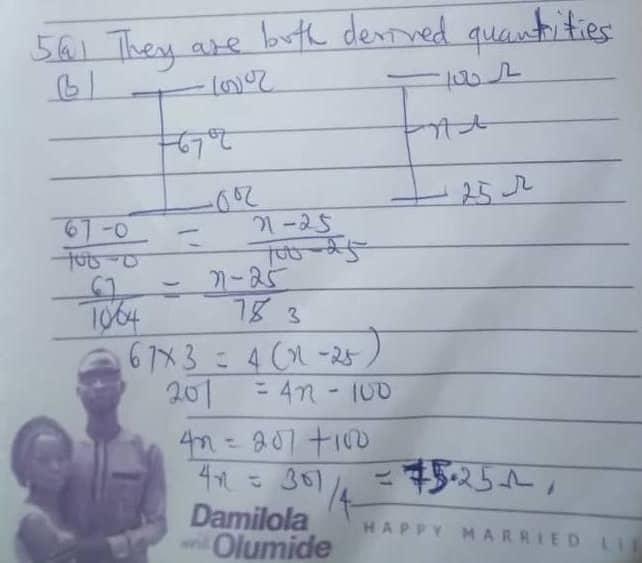 (8a)
The zinc atoms on the surface of the anode oxidizes I;e they give up both their valence electrons to become positively 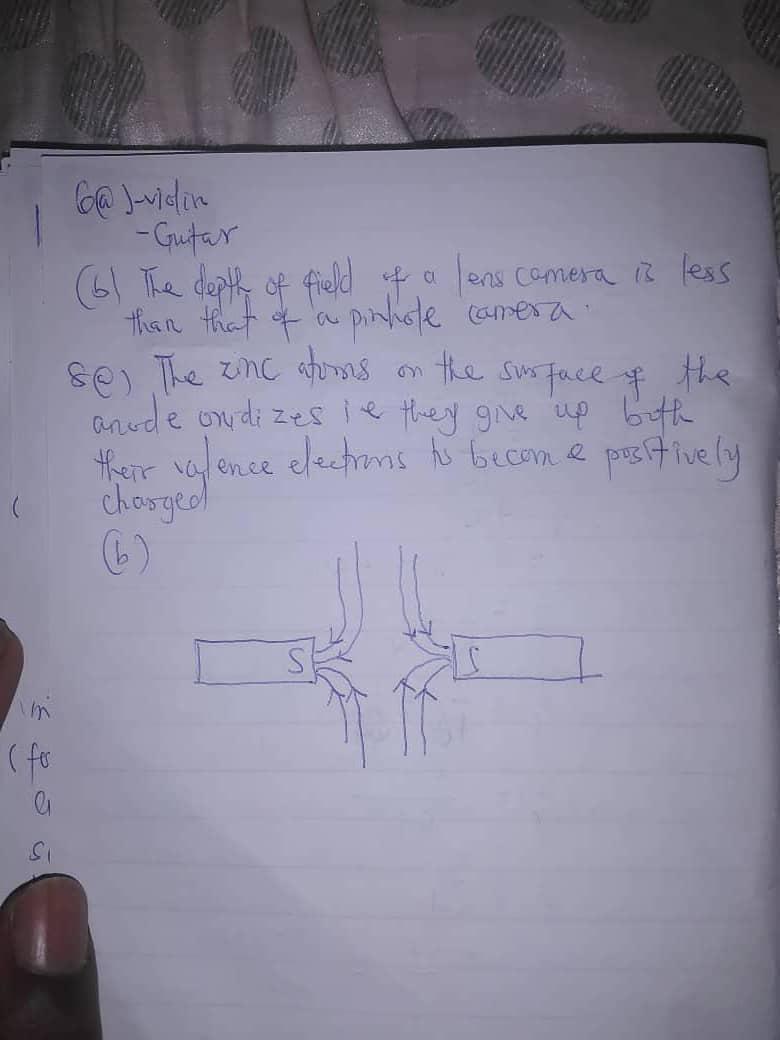 (10bi)
(i)Viscosity; the force in between the layers of flurds this force would tend to reduce the velocity at which the stone moves down till it reach terminal velocity

(ii)weight; is the actual force acting of the stone in the liquid.

Completed
We Remain Your Favourite Site.