Completed! Tell The Whole World About Us 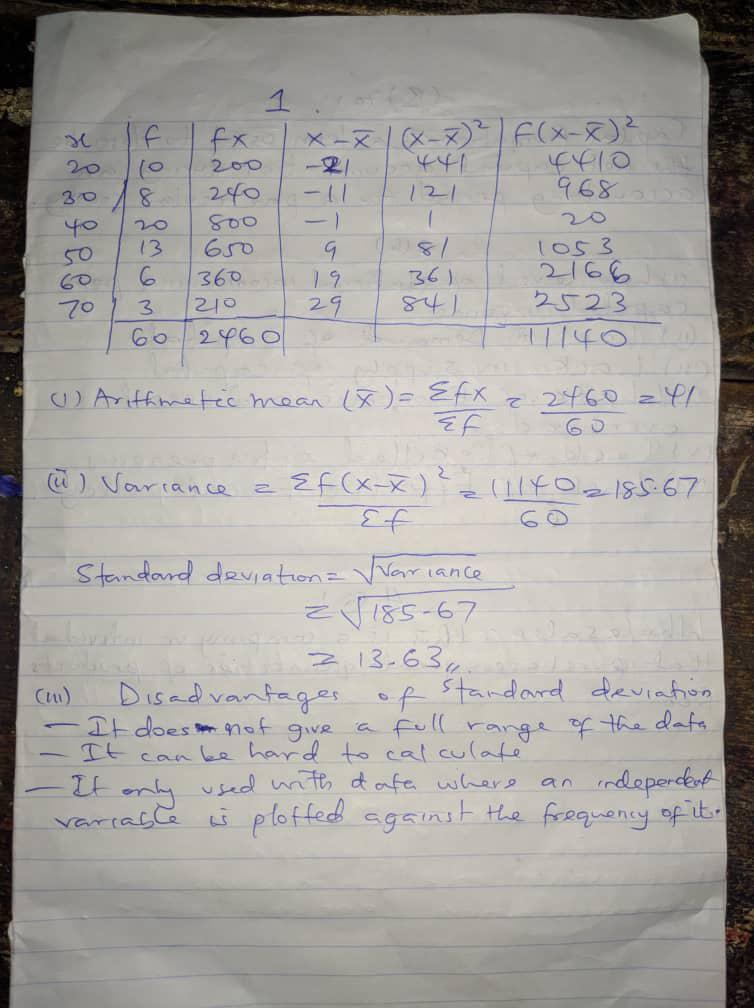 (2b)
Positive income elasticity: This is as a result of having more quantity demand for milk as income increases

(4b)
(i)High price: Middlemen cause high price of goods by adding cost to the cost of goods

(ii) Increase in advertisement: The introduction of middlemen in the chain of distribution leads to high cost of creating awareness to the customer

(iii) Low profit: Middlemen will reduce the profit of the producer by increasing the cost of production for the producer

(11)
(i)Source of revenue: To get most income into the government purse, taxes are imposed on goods coming in from other countries.

(ii)Reduction of unemployment: This discourages importation and encourage infant industries to survive which will create jobs for more unemployment people

(iii) To improve standard living: To help the citizens of a country to be self-sufficient and self reliant

(v) Lack of skilled entrepreneurs;Able and efficient entrepreneurs are not available in under-developed countries. It is the only reason for low rate of capital formation. Due to absence of risk-taking entrepreneurs, establishment of industries and expansion is quite limited and industrial diversification is not carried out and no balanced development of economy is possible.

(5)
(i) As a source of income: When agriculture is practiced in a large scale, the sale of the products after reserving the ones for consumption can fetch a lot of money to individuals and government in Nigeria.

(iii) Provision of food: Agriculture is the main source of food supply used in feeding the teeming population of Nigeria. When there is food on the table of every Nigerian citizen, the economy will be improved.

(iv) Provision of employment: If agriculture is well funded in Nigeria, it can provide employment opportunities for more than 60 percent of the population of Nigeria.

(8b)
(i) By privatization: When government owned business are been transferred to the private individuals, competition will emerge thereby reducing monopoly.

(ii) Stopping merging of firms: When the government stops the amalgamation of two or more firms to become one, it can control monopoly.

(iii) Stopping the issuance of patent right: The stoppage of issuing patent right to any individual as a result of inventing new commodities can also control monopoly. This will encourage other people to compete with the inventor thereby coming up with more of such inventions.

(ii) Provides loan and advances : Another critical function of this bank is to offer loans and advances to the entrepreneurs and business people, and collect interest. For every bank, it is the primary source of making profits. In this process, a bank retains a small number of deposits as a reserve and offers (lends) the remaining amount to the borrowers in demand loans, overdraft, cash credit, short-run loans, and more such banks.

(iv) Provision of financial and technical advice : Commercial banks encourage and advise businessmen on the type of projects they should invest their money in. They could advise their business customers on how best to carry out their business operations, how to raise capital for business, whether to start a new business of to expand an existing one, etc By so doing, they are helping in the progress of the economy.

(v) They create money: Commercial banks create money through the primary deposits which it receives from the public in order to provide more credit to the public.

(6)
(i) Commercialization: This is the use of government owned establishment for maximization of profit.
That is, when government convert their public enterprise to an enterprise purposely meant for profit instead of rendering essential services.

(ii) Privatization: This is the transfer of the ownership of government firm to private firm. Such policy encourages competition and reduces the fiscal burden of the state by relieving it of the losses of the public enterprise and reducing the size of the bureaucracy.

(iii) Nationalization: This is the transfer of the private owned enterprise to public or government. Reasons for nationalization includes, need for large capital,to prevent exploitation, to avoid foreign dominance of the economy, etc. This policy causes monopoly.

(iv) Indigenization: This is the process of promoting industralization through the use of indigenes and indigenous means. Also, it reduces the control of the economy from foreign economic desperado.