GEOGRAPHY!-PRACTICALS
(1a)
(i) Rural-urban migration: this is the movement of people from rural areas such as village to urban

(ii) Rural-rural migration: this is the movement of people from one rural area to another rural area

(iii) International migration: this is movement of people from one country to another

(iii) it supplies migrant labour at the receiving region

(iv) it ensures the flow of capital to the receiving region

(ii) it increases high cost of living at the receiving region

(3c)
(i) Different factor endowments some economies are rich in natural resources while others have relatively little. Trade enables economies to specialise in the export of some resources and earn revenue to pay for imports of other goods.

(ii) Increased welfare specialisation (where countries have a comparative advantage see the next section for more detail on this) and trade allow countries to gain a higher level of consumption than they would do domestically and this leads to increased welfare and higher living standards.

(iii) To gain economies of scale with specialisation and production on a larger scale than may be possible domestically, a country may be able to gain more economies of scale. This will lead to lower average costs and benefit consumers through lower prices. 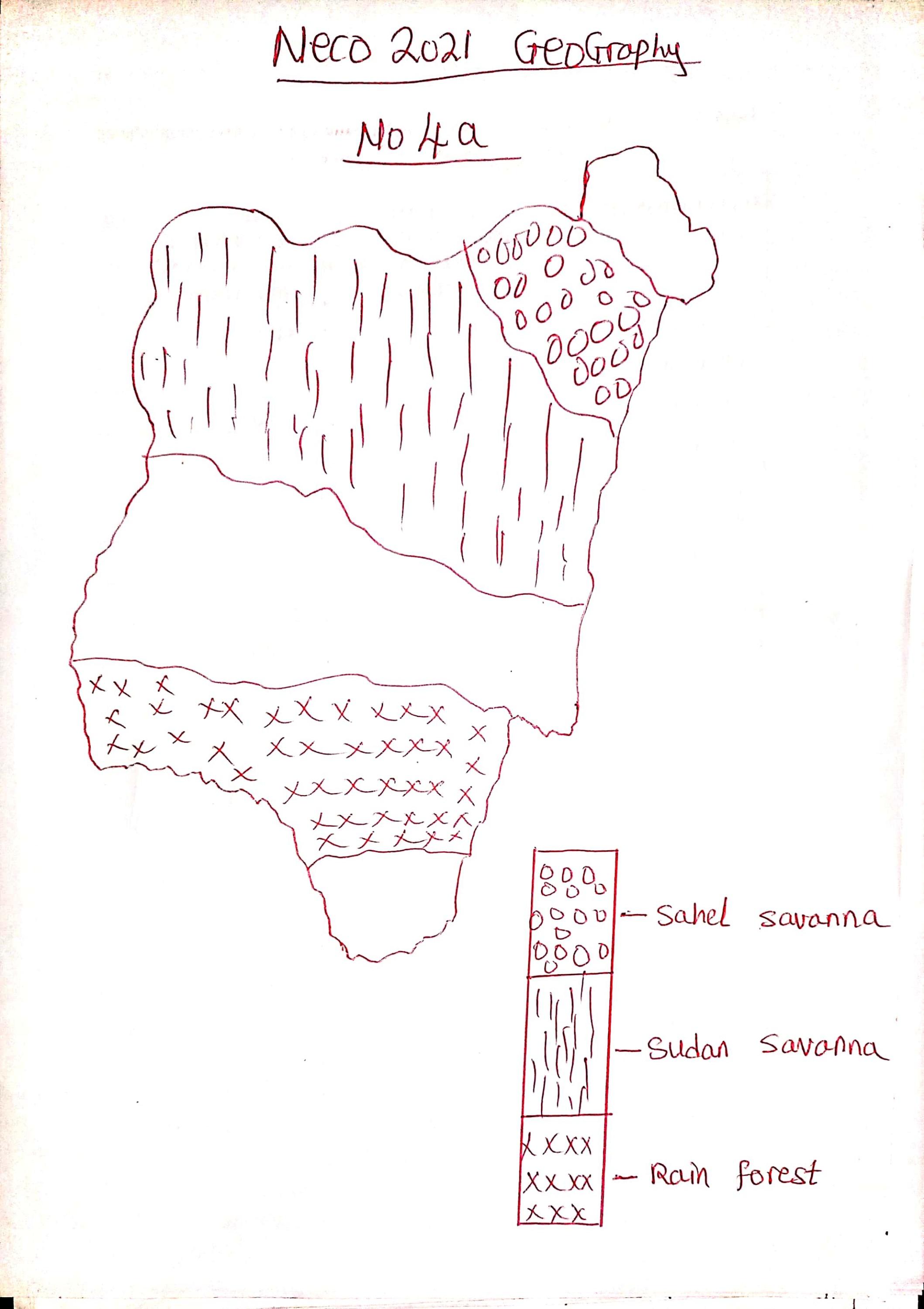 (5a)
(i)Peasants are households which derive their livelihoods partly from agriculture.

(iii)consumption activities and decisions, and are characterised by partial engagement in input and output markets which are often imperfect or incomplete

(iv) Rural- urban drift: The imbalance in urban-rural economy has led to rural -urban drift. Agriculture has thus been losing its vital labour force without replacing it with mechanization.

(5c)
(i) Efficient use of land through suitable land use policy

(6a)
Climate and vegetation
The climate of this region is mainly the sub-equatorial climate with high rainfall of over 300cm throughout the year with double maxima. It has low temperature of 21°C due to the nearness to sea and the effects of south-west winds. The vegetation is that of tropical rainforest with tall evergreen trees.

-ECONOMICS IMPORTANCE-
It includes:
(i) Farming which leads to production of food and cash crop like rubber, oil palm etc

(ii) Fishing due to the presence of rivers and oceans

(iii) Lumbering due to presence of economic trees( timber)

(iv) Mining due to presence of limestone and petroleum