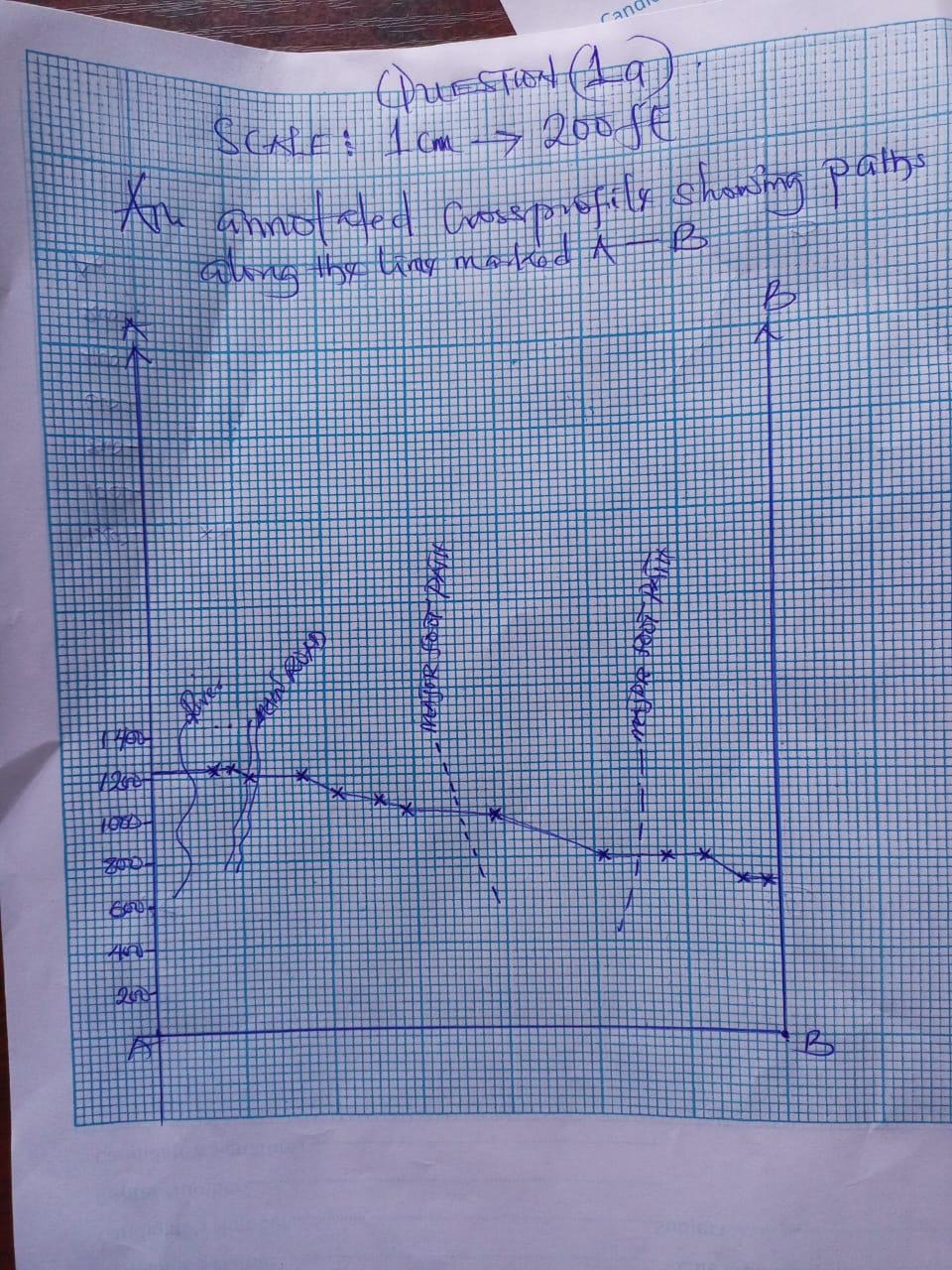 (4a)
Altitude: Temperature decreases with increasing altitude at the rate of 1°C for every 165 m of ascent as the atmosphere gets heated by terrestrial radiation. The lower layers of atmosphere are denser and have water vapor and dust particles which absorb heat, which is not prevalent in the higher altitude. Example Missouri is cooler than Delhi.

(8a)
Environmental balance refers to the ways of recycling matter and the flow of energy within an ecosystem in order to ensure continuous supply or availability. Environmental balance is achieved through water cycle,carbon cycle,mineral nutrient cycle,nitrogen cycle,food chain and web 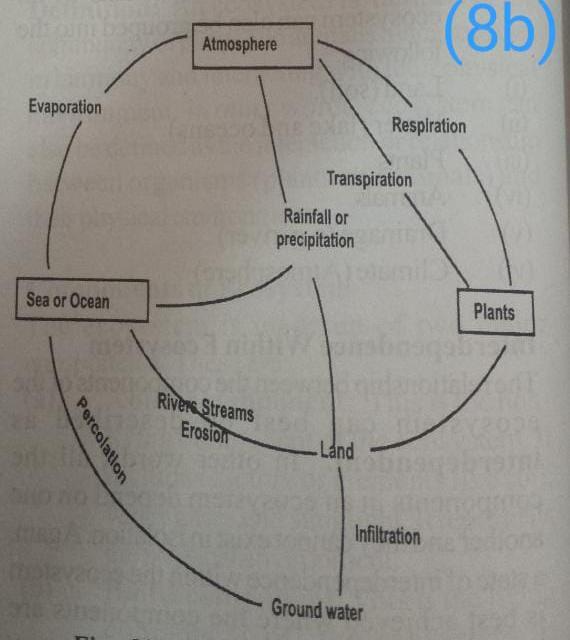 (3bi)
Hydraulic action: The wearing down of cliff/headland through the impact produced by the sheer force of the waves against obstacles along the coast. In other words the sheer force of water crashing against the coastline causing material to be dislodged and carried away by the sea. And the Compression occurs in rocky areas when air enters into crack in rock.

(3bii)
Corrasion: The wearing down of the base of cliff/headland using the impact of the materials carried along by waves. In other words the strictly mechanical wear of bedrock by moving detrital and other materials during their migration downslope under the influence of gravity, and their further transportation by erosional agencies such as running water, moving ice, or wind.
==================================