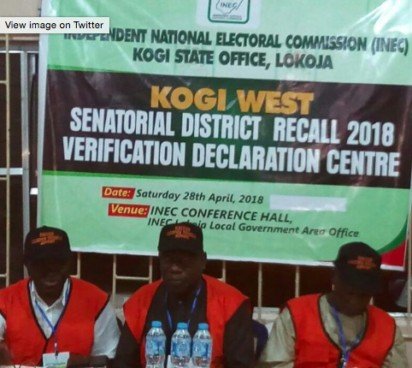 It is now official, the Independent National Electoral Commission, INEC has confirmed that the senator representing Kogi West Senatorial District, Sen. Dino Melaye will continue to be the senator of the federal republic of Nigeria until his tenure comes to am end as attempt to recall him failed wholly.

However, the senator via his Twitter handle thanked his people for the unflinching and resilient attitude towards their support for him to stay in the office and promised never to let them down. Below is his tweet and the reactions of some other Nigerians. 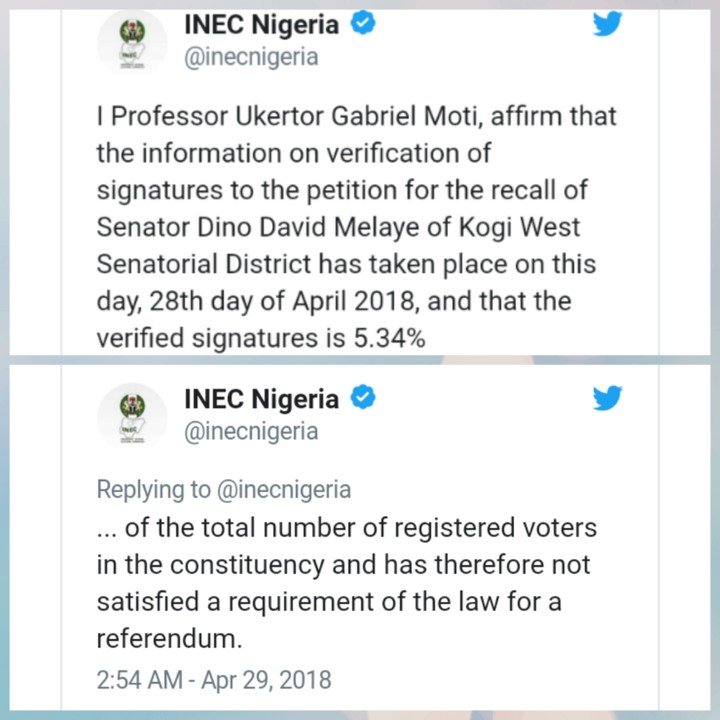 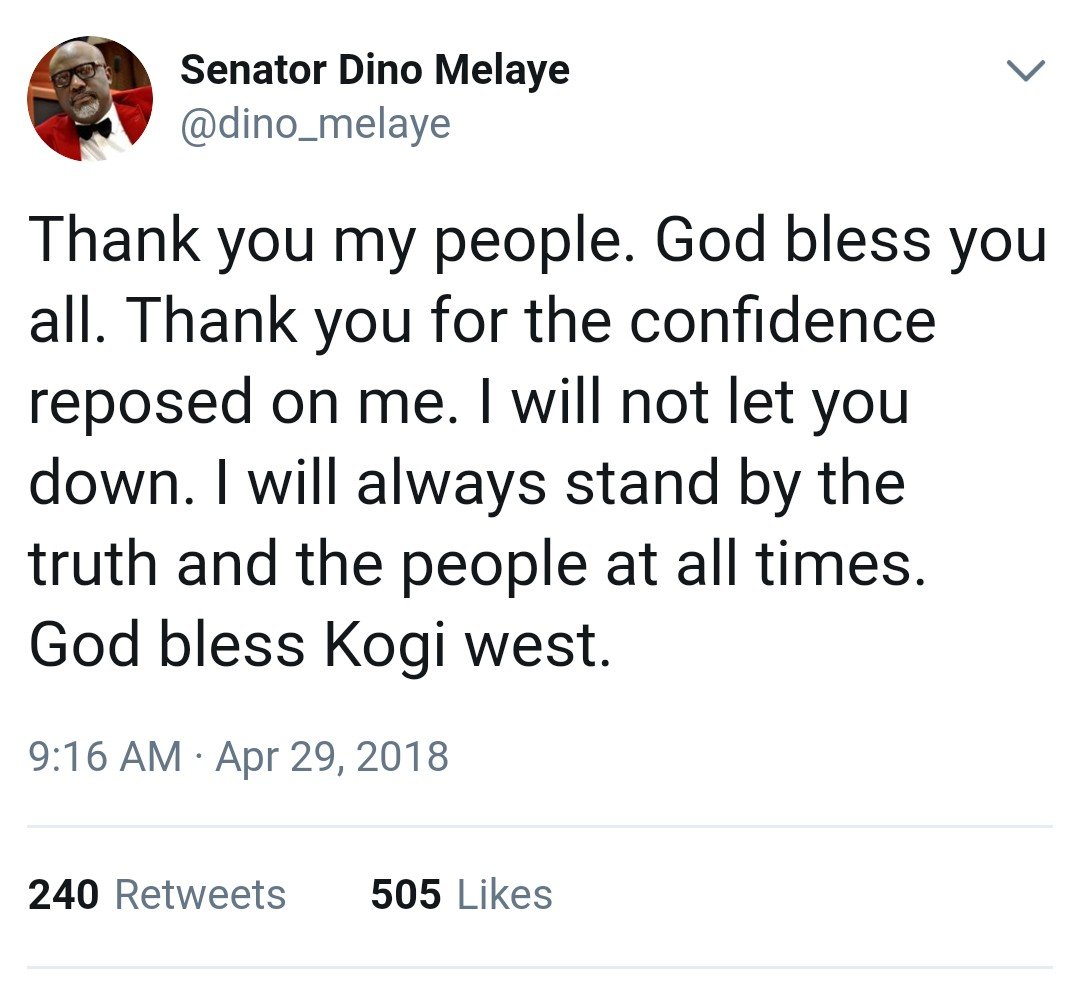