Five Corps Members who were kidnaped around 5am on Wednesday, on their way to the camp for their 3 week NYSC mandatory orientation exercise have been rescued by the  Imo state Police Operatives.

The prospective corpers travelling from Ibadan to Rivers and Akwa Ibom states were in a commercial bus when they were reportedly ambushed by some kidnapers into Umuapu forest in the Ohaji/Egbema Local Government Area of Imo State.  According to reports, the kidnapers stopped their bus at gunpoint and  took them into the forest, they collected their belongings including phones, ATM cards, cash etc. It was also gathered that they were forced to release the contacts of their family and demanded a N5m ransom from their respective families. 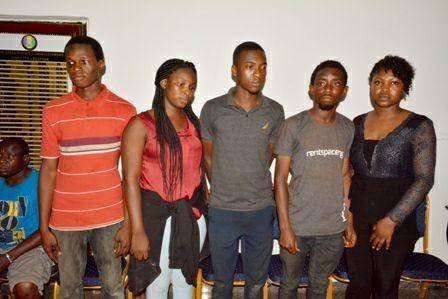 According to reports, the Commissioner of Police, Imo State, made it known that the operatives of the Counter Terrorism Unit of the command were alerted and went into the forest, as soon as the suspects saw them coming, they fled leaving the victims unharmed.

When talking to news men, one of the victim also said the suspects didn’t tamper with their credentials; “In the bush, they took our belongings except our credentials and ordered us to call our parents. They made a demand of N5m, but they later brought it down to N3m. They ordered us to close our eyes. They were even quarrelling on how to share our personal belongings which they took from us”

However, the Commissioner of Police reportedly said investigation is onging to make sure the suspects are caught and brought to book.