SS1 Female Stabs Classmate In The Eye For Refusing To Join Cult in Otuoke - solutionfans.com

This is a terrible report coming from Community Secondary School Otuoke in Bayelsa State, which makes us wonder why students in secondary school decide to join cults. Anyway, here’s the story below… 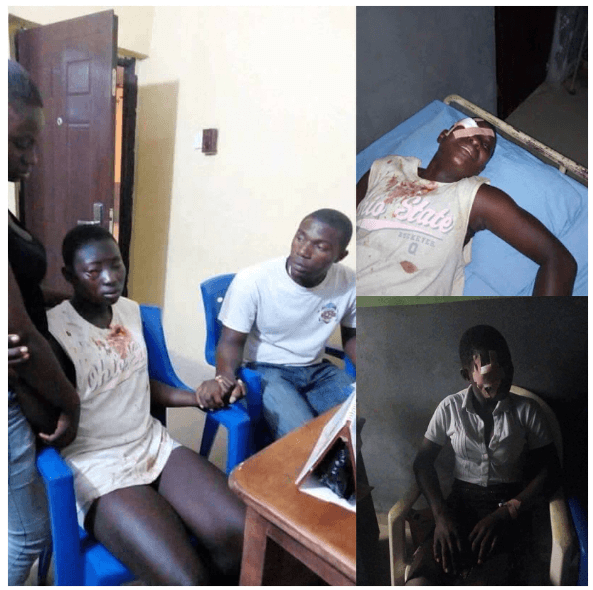 Josephine, a suspected female cultist and her gang members have allegedly damaged the right eye of one Lilian Friday, who is an SS1 student of Community Secondary School Otuoke, Bayelsa State. .

According to reports, the incident occurred yesterday evening. The suspected cultist, also an SS1 student of the same secondary school is said to have been mounting pressure and persuading Lilian to join her cult group, but she declined persistently. .

According to Benson, the victim’s uncle, Lilian was attacked late yesterday, while returning from his place. He said Lilian met her classmate on the way and she insisted that she must join her cult group, her persistent refusal provoked the suspect and she vowed to disfigure Lillian’s face. .

Consequently, the two classmates started fighting, and then the suspect alerted her gang members, who came along and had the victim held to the ground, stabbed her right eye and then took off. .

Efforts to arrest the suspect have not been successful, as the Otuoke community is yet to grant arrest warrant to the parents of the victim, because it is against their practice for someone to make arrest in the community without the approval of its leadership